Home / Boris back with a bang

Boris back with a bang

I’ve got the post-election blues
My vote was to stay within the EU
But much as I wanted to remain in
I just couldn’t let Corbyn win
(To be sung to a classic blues riff.)

The result of the General Election is fitting for our post-truth world. The Conservative Party has achieved a significant overall majority which, if Boris is to be believed [snigger, stage left], means that he will pass his EU Withdrawal Bill through Parliament, and we will leave the EU by the end of January. The markets favour certainty, and even though they prefer remain, last night the pound rallied at the sight of the likely election outcome.

Businesses fall into all parts of the political spectrum. Most that I know favour socially responsible capitalism. Many are keen to adopt environmentally friendly practices.  Business people are both pro-remain and pro-leave. I have heard neither cheers of delight nor tears of woe from our business clients; only sighs of relief and a hope that they can now get on with business. They seek stability and certainty, and any government with a strong majority offers that. Having little apparent ideology, the Johnson government feels safe to many.

We can expect immediate focus on making a trade deal with the EU, which, thanks to the size of Johnson’s majority, could now be a lot softer than originally thought. He need not rely so much on extreme ERG support and can work towards a trade deal that keeps us fairly close to the EU.

We will see a Budget in February, it seems. We should not expect tax cuts: the Tories have promised a lot of spending and they would be foolish to kick the people who have just elected them. There may be some peripheral bonuses to business, but they have already told us that the rate of corporation tax will not now be cut as planned. Their manifesto also pledges to review Entrepreneurs’ Relief, which may hurt many clients.
Conservatives like to march under the flag of economic prudence, which is hardly an accurate description of their manifesto, however desirable the spending. Yet the Boris Bend, where facts and accuracy are never permitted to define the truth, will enable manifesto aspirations to be tamed.

The outcome of this election is that, after a decade of committees steering the ship, we have a captain with authority. Whether he has a map and a compass is anyone’s guess. But this situation gives business a fixed framework for their future, allowing decisions with an understanding their outcomes, and therefore to invest in growth and development.

Yet Brexit remains the big variable. Will it have a major impact on business? We must still assume so, but if, as I suggest above, the Brexit we get is rather softer than many had feared, the risks are reduced. There is room for some cautious optimism for business and the economy, compared to the alternative.

But for politics in the UK, we still live in very precarious times. If page 44 of the Tory Manifesto is not ignored, constitutional change may have a negative impact. Unrest in Scotland, and possibly whipped up in Northern Ireland may damage us all as well.  We can expect more protests from activists of all sorts, because a Conservative government is always a target for protests. Things are marginally more stable, but the Brexit project, environmental pressures, forces of nationalism, and the forces of ego are so big that we cannot possibly predict where the UK will be in the next decade. 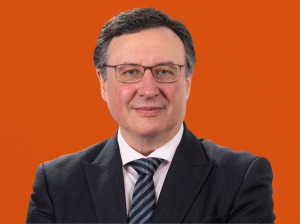 Jonathan’s 30 years in practice have been devoted to looking after owner-managed and family businesses, whether as auditor, accountant, or adviser on corporate transactions.