In the March Budget HMRC were handed a £100m budget to step up investigations and enforcement action surrounding Covid support to businesses. Businesses it suspects to have abused the furlough scheme (CJRS), CBILS and Bounce Back Loans will be firmly in its sights.

Investigations are likely to be far-reaching, driven by HMRC’s increasingly sophisticated AI-led IT systems, and will gather pace when businesses file annual accounts a little later in the year. HMRC are likely to focus investigations on three strands:

And whilst no business will escape HMRC’s gaze, it is expected to focus attention on smaller businesses and family-owned and managed businesses which benefit from fewer rigid systems of control.

The furlough scheme is, of course, likely to be an area under close observation. The Office for Budget Responsibility estimates that £100bn has been spent on protecting jobs, with the furlough scheme at its heart. Concerns have been raised that it may have been abused both deliberately and inadvertently.

The scheme was introduced in March 2020 with guidelines that were open to interpretation and that frequently changed. Guidance was often unclear or ambiguous and it is easy to see how a business might inadvertently have fallen foul of the rules, particularly when the furlough scheme was in its infancy.

Take, for example, a business that had furloughed all its staff including its directors and then faced an employment dispute. The furlough scheme guidelines allowed a director to continue to meet their statutory duties of a business as a director, but is unclear whether managing an employment dispute would be considered a statutory duty or normal work and therefore be in breach of the furlough scheme.

The furlough scheme on its introduction required staff to be furloughed for a three-week window. If staff checked emails or answered work related phone calls, furlough payments could be voided for a total of three weeks either side, a point that was often not fully realised by business owners. In fact, an employee furloughed for five weeks and who, in HMRC’s judgement, did some work in the middle of that period might be excluded for the entire five weeks, as there could be no clear three-week period without work.

Family businesses in the spotlight

HMRC are likely to take a keen interest in the accounts of family-owned and managed businesses. They will look at profitability and turnover, with concerns triggered if figures remain consistent with pre-Covid years. For example, if profitability or turnover remain consistent, HMRC may ask whether the business really did have their workforce furloughed?

Directors who have historically paid themselves via dividends, which are excluded from furlough payments, are also likely to come under scrutiny. HMRC will not want to see furlough money being used to support dividend payments. The same may well apply to businesses who borrowed under the Bounce-Back Loan Scheme or CBILS. We can expect some heated arguments over whether money borrowed under government support schemes has been properly used to support the business.

HMRC are likely to tread softly in the first instance, asking businesses to review furlough payments and providing the opportunity to make repayments where errors are spotted. There was a flurry of such letters last autumn already. Businesses that choose to repay mistakes are likely to avoid penalties although they will be charged interest.

If a business chooses not to repay furlough support when they ought to or is found to have deliberately made fraudulent claims they can expect hefty penalties. Businesses should also note that HMRC operates a confidential hotline to allow members of staff or the public to report businesses that they believe have abused the rules. It is not uncommon for disgruntled staff to use it to vent frustrations if they believe they have been treated unfairly by their employer.

Our biggest concern is that many of the rules were open to interpretation and were unclear as they evolved, and HMRC has a history of deciding on their interpretation and applying it rigidly irrespective of the legal standing of their decisions. Hard pressed but honest businesses still reeling from the pandemic may find it very difficult to argue their case.

HMRC investigations can be time-consuming and costly. They can also be intrusive, with HMRC looking not just at financial information but email and phone records too. The furlough scheme required businesses to keep clear records of staff on furlough and HMRC will expect businesses to be able to provide that.

Businesses that fall under the HMRC spotlight will most likely receive formal notice and be given 30 days to respond. We would expect to see more businesses receiving such letters as the year draws to a close. Those letters should not be ignored.

It is recommended that businesses seek the advice of an experienced accountant to advise and guide them through such an investigation. They will be able to anticipate the questions likely to be asked and help collate the records and data that HMRC will require. Investigations can take many months and sometime years and having expert advisers on hand is critical.

Hillier Hopkins offers a dedicated tax investigations service designed to help businesses facing investigations from HMRC. Our Tax Investigation service provides piece of mind covering the professional fees for dealing with a tax enquiry, up to £100,000. The service covers not only self-assessment, corporation tax, PAYE and VAT enquiries but also extends to furlough scheme investigations. 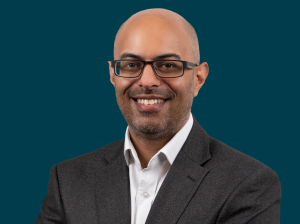 Meeten joined Hillier Hopkins in 2001 and is qualified as a member of the Institute of Chartered Accountants, the Chartered Institute of Taxation and the Association of Tax Technicians.

What should businesses do if they cannot afford to repay Covid borrowing?

What are the implications of Covid on your tax return this year?