Hillier Hopkins is thrilled to be supporting 21-year-old Watford golfer Jack Kelly in his first full season as a pro-golfer.

The firm’s sponsorship will support Jack when he is on tour and playing in golf tournaments across the country.

Jack tells us what the sponsorship will mean to him and how his first 18 months as a pro-golfer has been impacted by the Covid pandemic.

Golf has always been a part of Jack’s life, first picking up a club aged just eight with his dad and grandfather. By the age of 12 a natural talent was beginning to show, supported by coaching and golfing summer schools.

“I loved golf and football and was putting all my spare time into both,” said Jack. “And by the age of 14 I decided to give up football and concentrate on my golf.”

That early dedication paid off and aged 17 he started winning junior tournaments including the Grove and Sandy Lodge Junior opens as well as the Knebworth Gold Bowl. Jack’s dedication continued throughout college, spending four days a week on the golf course often practising for seven or eight hours a day.

It was not until Jack was 18 that he felt that he had reached the standard to consider a career in golf turning pro in October 2019 with little idea of what was around the corner.

“The standard of golf at the pro-level is astonishingly high,” explains Jack. “Whilst the pro-players are enormously welcoming and supportive, it is incredibly competitive. And, of course, there is no salary or pay with your earnings based entirely on your successes.”

Jack managed to play in a couple of winter tournaments in late 2019 and early 2020 before the Covid pandemic placed the country into lockdown. Jack’s career was halted before it started.

“Whilst I was able to practice at home, I wasn’t able to play a round of golf until June 2020 and with tournaments starting again after that,” says Jack. “I am very lucky in that my mum and dad are enormously supportive, and I did take a part-time job in a golf shop to help support the dream.”

2021 is effectively Jack’s first full season as a pro golfer and he is expecting to play in at least 14 tournaments across the UK and most likely more.

The sponsorship from Hillier Hopkins is essential in helping the young Watford golfer realise his full potential.

“A pro-golfers journey can take many years with some not having their moment until their early 30s or later,” says Jack. “The support from Hillier Hopkins will enable me to play a full season, funding travel, tournament entry fees and accommodation. It would not be possible without the firm’s support, and I am enormously grateful.”

Alex Bottom, Managing Principal said: “Jack is one of Watford’s own and has a promising career ahead of him. He has shown the dedication needed to chase his dream of being a pro golfer despite the disruptive backdrop of the Covid pandemic. We are thrilled to support Jack and will watch his career develop.” 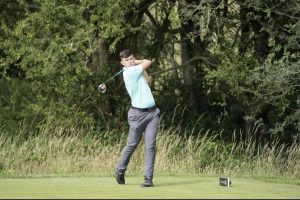 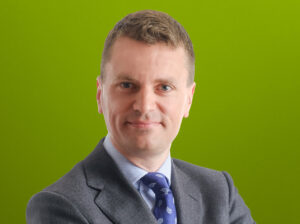 Alex is a specialist Audit Principal and acts for many of the firm’s larger corporate clients. Alex commonly advises owner managed businesses and also heads up our specialist academies team.

Golf club membership on the rise together with the cost of a round, finds our annual survey