HMRC – a van is not always a van

The Court of Appeal has handed down a decision on the tax treatment of company vans in a long-running case involving Coca-Cola. It has ruled that vans with crew-cabs are cars, and not vans, and should be taxed accordingly. Our Director Ed Tahsin says it will have a major impact for employers, particularly those in the property and construction industry.

Deciding if a van is a van or a car is a car is for most in the construction industry a pretty straight forward exercise. But not so for HMRC. Get it wrong and you could find yourself facing an unwelcome tax bill.

The Court of Appeal’s ruling now provides some much welcome clarity, if not perhaps the result all van owners would have hoped.

The case involves Coca Cola, two VW Kombi vans and a Vauxhall Vivaro. The key area of contention was whether these vehicles, which are equally suitable for carrying both goods and passengers, are vans or a car for benefit in kind purposes. If the vehicles were cars then a taxable benefit arose on the provision of the vehicles to Coca Cola’s employees.

The multi-purpose nature of these vans meant, in HMRC’s eyes at least, that the boundary between car and van had become blurred.

In a First Tier Tax Tribunal in 2017, HMRC argued that the main function of the VW Kombi and the Vauxhall Vivaro was to carry passengers and so should be taxed as company cars. The First Tier Tribunal agreed with HMRC that the Kombi’s were cars but the Vivaro was a van.

With neither HMRC and Coca Cola happy with the outcome they appealed to the Upper Tribunal who dismissed both their appeals. The case then went to the Court of Appeal who has now ruled that both the VW Kombi vans and Vauxhall Vivaro are to be treated as cars.

The Court of Appeal’s decision centred on the benefit in kind legislation which states that in order for a vehicle to be considered a van it must be constructed primarily to be a goods vehicle. In the Court’s view the inclusion of additional capacity for extra passengers disqualified the vehicles from being ‘primarily suited’ for carrying goods and so, therefore, must be a car.

It is an important distinction but makes all the difference with regards to the taxation of company vehicles.

Additionally, due to different areas of legislation it is entirely possible for the same vehicle to be treated as a ‘car’ for direct taxation purposes but as a commercial vehicle (in other words, a van) for VAT purposes which may leave taxpayers confused.

Our advice to companies looking at adding a van to their fleet is to first stop and consider what the primary purpose of the vehicle. HMRC is unlikely to accept your van as a van if it has been modified in any way to be capable of carrying additional passengers beyond that of the driver and accompanying passengers in the ‘front cab’ of the van.

For more information please get in contact with Ed Tahsin on ediz.tahsin@hhllp.co.uk or one of our friendly experts on +44(0)330 024 3200 and they will be happy to help. 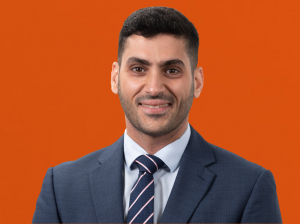 Ed has accumulated up a wealth of knowledge allowing him to deliver practical advice to his clients. He is known for building long term relationships and working closely with small OMBs,

What are the implications of Covid on your tax return this year?