The Office of Tax Simplification (OTS) has been tasked by the Government to review current Inheritance Tax (IHT) rules and suggest changes to simplify and improve them. The first report considered the administration of IHT and was published in November 2018.  The second OTS report, published in July, considers he tax itself and  includes proposals for significant changes to IHT rules. They include:

Other changes have also been proposed. The Government is now considering them all, but we don’t yet know how many of them (if any) will be adopted.

The overall objective is to make the rules around IHT simpler, which in itself should be applauded. Changes around record keeping, for example, are very welcome.

Regarding changes to potential tax liability, some people will find their tax exposure will rise or fall as far in relation to gifts and/or death, if the proposals are implemented.

As accountants, we await with keen interest the Government’s response. As should anyone potentially affected by the proposed changes. If this applies to you, it may be worth conducting a review to assess the potential impact of the changes on your personal situation, as well as your family’s.

What are the Key Takeaways?

Overall, the OTS suggests that the Government makes IHT simpler, easier to understand and more intuitive to operate. It makes recommendations to streamline gift exemptions, change the way IHT works in relation to lifetime gifts, and address distortions in the operation and scope of reliefs for business and agricultural property.

Perhaps the most fundamental proposed change is the removal of the CGT base cost uplift for assets where the IHT has been relieved.

What Impact Will the Proposed Changes Have?

The OTS notes in its report that many of the problems it has identified are inter-connected, so solving one in isolation would simply create knock-on issues in other areas. The OTS recommendations are therefore considered in three key areas. Below is a high level summary of the main recommendations the OTS has made for the Government to consider:

The OTS report proposes changes to the treatment of gifts made during a person’s life and the interaction of such gifts with those made on death through the deceased person’s will:

This section of the OTS report focuses on the interaction between IHT and CGT, specifically looking at what it says is the ‘impact of distortions to decision-making’:

Recognising that the main policy rationale for Business Property Relief (BPR) and Agricultural Property Relief (APR) is to prevent the sale or break-up of businesses or farms to finance IHT payments following the death of the owner, this section of the OTS report identifies complexities in applying these reliefs. Accordingly, it proposes:

We now await the Government’s response to the recommendations made by the OTS  in both reports.

What Action Should You Consider Taking Now?

In practice there will be a range of possible routes that can be followed in managing IHT. It is not only necessary to consider both the objectives and circumstances of you and your family, but also to review all the relevant facts (such as asset values and income requirements). Whether or not the rules are changed, now is the time to take stock and make positive decisions for your family.

Despite the OTS’ proposed changes, the Government is under no obligation to adopt any of its recommendations. The report does, however, cast an interesting light on some of the complexities and contradictions within the IHT universe.

For now at least, Brexit and its aftermath, not to mention a likely general election, remain top of the Government’s agenda. However, once all of that has been dealt with, there is still a real possibility that the OTS’ report might remain just an enlightening exposé on the imperfections of the current IHT rules, rather than a real driver of improvement.

If would like to review your Inheritance Tax situation, don’t hesitate to get in touch with Debbie Wilson on debbie.wilson@hhllp.co.uk or 02079307797 and she’ll be happy to help. 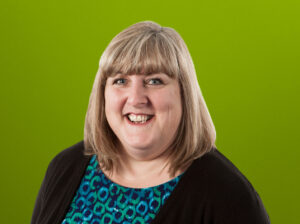 If you are thinking of selling an asset (personal company shares, holiday home, land etc), Debbie can help you to achieve your aims in the most tax efficient way.