A new batch of social media stars are set to make their names this summer including those taking part in the 2021 series of Love Island and other popular shows. But is it time for the wider influencer sector to wake up and really think about who is advising them and in particular, are they helping them to make the best, long term business decisions for their careers, or could poor advice lose their followers and threaten future income streams?

A significant change here in the UK is that the Advertising Standards Authority has now started to name the influencers who repeatedly break their rules on advertising. https://www.asa.org.uk/news/taking-action-against-non-compliant-influencers.html This is despite the individuals being given warnings that if the rules are not followed on disclosing which posts are adverts, they would be named.

Influencers (and the brands and businesses they promote) need to work hand in hand and stick to the rules, otherwise in the longer term, brand and business owners will quite simply be unwilling to form partnerships with those who flout the law, because of the damage by association it will cause to them.

More importantly, influencers need to think like a true business owner from the beginning of their career and focus on how they can successfully grow for the future, rather than live for the next post.

We think influencers need to also be careful as breaking the basic rules such as omitting #ad on an Instagram post might lead other agencies to ask what else are they not doing correctly? HMRC for example may decide to put their spotlight on them to ensure all of their taxes (income Tax, Corporation Tax and VAT) are being paid correctly.

And if advisors are failing their clients on such basic #ad issues, then what other opportunities might they be missing out on to earn the influencers money and create new work opportunities for them in the longer term, to help them reach their career and financial goals for the future?

Clearly the ASA has targeted some big names who we would have thought should have known better and it is time for them and probably many others to seek the assistance of a more experienced team to advise them.

Our Director Antony Smith acts for a number of celebrity and media clients so if you don’t have a business manager or need accounting advice and support for your influencer business activities, get in touch with Antony on antony.smith@hhllp.co.uk or 02070047148. 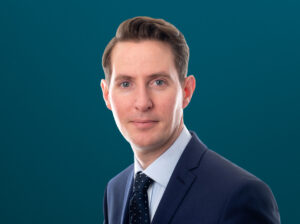 Antony has extensive knowledge of UK and international tax, offshore structures and trust and estate planning. His particular focus is on long term wealth planning for families and finding tax efficient solutions to complex situations.