Following widespread concern from professional bodies and individuals on the post-budget speech changes to Entrepreneurs Relief (ER), specifically regarding the eligibility of alphabet shareholders to qualify for ER, draft amendments to the Finance Bill 2018-19 have been proposed to bring alphabet shares back under the scope of ER.

In our recent post on the changes to Entrepreneurs Relief, we talked about the effect these changes had on the eligibility of certain classes of asset holders to qualify for the relief, especially alphabet shareholders.

Changes were made to the definition of what constitutes a ‘personal company’, to include two additional qualifying criteria, namely:

This would exclude alphabet shareholders from ER as they don’t necessarily have an entitlement to available distributable profits (dividends are up to the discretion of directors) and it might not necessarily be at 5%.

However, after a considerable amount of concern expressed by professional bodies and industry commentators, it seems that HMRC would agree that in their effort to tackle the misuse of Entrepreneurs Relief, they have cast the net slightly too wide.

As a result, on the 20th of December 2018, amendments to the Finance Bill were published, with one section (p28) addressing the definition of what constitutes a personal company. The original amendments remain but an additional qualifying criterion (or alternative “test”, so to speak) has been added that reads:

“(ii) in the event of a disposal of the whole of the ordinary share capital of the company, the individual would be beneficially entitled to at least 5% of the proceeds.”

(a) the individual holds at least 5% of the ordinary share capital of the company,

(b) by virtue of that holding, at least 5% of the voting rights in the company are exercisable by the individual, and

(c) either or both of the following conditions are met —

(ii) in the event of a disposal of the whole of the ordinary share capital of the company, the individual would be beneficially entitled to at least 5% of the proceeds.”

Whilst this is a positive U-turn by HMRC, it is draft legislation and so could still change. It is also worth noting that HMRC have introduced anti-avoidance measures to deny relief, even if the tests are met on paper, if this is considered abusive, and that not all alphabet shareholders will benefit. Some instances, e.g. typically where there are VC investors, shareholders will still no longer qualify.

For further information and clarification, contact us to speak with one of our friendly advisers who would be happy to help. 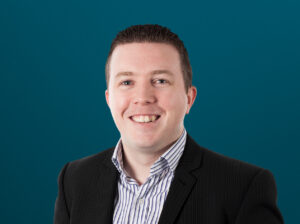 Liam has developed a specialism in the property and construction industry, particularly in relation to the taxes that have a specific impact in this area, such as CIS and VAT.