Home / Will VAT be in Chancellor’s Budget spotlight

Will VAT be in Chancellor’s Budget spotlight

The Chancellor will on 3 March make his annual Budget statement. It will be the first Budget post-Brexit. But instead of an opportunity to set out the Government’s vision for a country outside of the European Union, it will be a Budget with COVID at its heart.

What might that mean for VAT? Ruth Corkin shared her thoughts.

The current threshold has long been a thorny issue with the business community split as to whether it should be lowered to give a more level playing field for businesses. This was highlighted in the 2017 Office of Tax Simplification (“OTS”) report “Value Added Tax: Routes to Simplification.”

Businesses not wishing to register for VAT have found ways to avoid doing so to the ire of those that have complied. At the time the report was published, there was significant coverage in the media around the measures that some businesses were taking to avoid registration, and it was suggested that the threshold would be lowered in the Autumn Budget that year. In the end, the Government at the time chose to freeze the threshold to allow for further consultation work to be done.

The 2020 budget froze the VAT threshold for another two years until 31 March 2022, so lowering it this year is not an option. However, we may see moves to see the threshold reduced from 1 April 2022 on the basis that it gives businesses a year to prepare and the current COVID pandemic will not be impacting businesses to the same degree.

The current reduced VAT rate for the hospitality and leisure industry is due to expire on 31 March 2021. This sector has been shut down for longer than anticipated and will only have limited opening in an outside setting from 12 April 2021 at the earliest (according to the “Roadmap” announced on 22 February 2021). It would seem reasonable to assume that the reduced rate for these sectors would continue.

Impact of the Uber employment case

The judgement in the Uber employment case (22 February) has thrown the spotlight on the “gig” economy.

Many sectors operate similar practices, including licenced taxi firms, beauty parlours, nail bars etc. In 2021, the coalition Government removed the practice of “chair rental” from the VAT exemption on the basis that the hairdressers were not renting space or land but were receiving a mixed bag of services that were standard rated, including use of facilities, receptionist, hair products etc.

A lot of hairdressers remained under the VAT threshold based on the exempt chair rental to “self-employed” hairdressers. At the time it seemed ridiculous that other, similar arrangements, were not covered by the “anomaly” addressed with chair rental.

The licenced taxi sector operates (and always has done) on a similar basis to Uber. The taxi companies remain under the VAT threshold on the basis that the drivers are self-employed, and the firm is just providing leads for taxi journeys. In reality, these companies have control over the equipment, fares etc. Given the victory for the employees of Uber in the case, it would seem reasonable that HMRC will look again at these arrangements and if the services are deemed to be provided by the taxi companies and not the drivers, there will be an increase in VAT registrations, as well as an increase in PAYE schemes.

This may not be something that is immediately addressed in the Budget on 3 March 2021, (although the 2021 anomalies were introduced in the same financial year as the Budget that announced them), but maybe deferred to 1 April 2021, but it does present the chance to remove more “anomalies” in the VAT system that are long overdue.

This was also a subject covered by the OTS report mentioned in the VAT Registration Threshold section. Many partly exempt businesses have experienced skewed VAT recovery amounts because of the pandemic. The recommendation of the report was to look at increasing this threshold and to look at simplifying the partial exemption regime. Since the report was published some work has gone into this but nothing conclusive has been the result.

Prior to 1 January 2021, the UK was constrained by the EU legislation and the issue of “insignificant amounts” of input tax relating to exempt supplies being recoverable. The UK addressed this by bringing in the de minimis threshold, which has remained unchanged since the 1990s.

VAT can be a complex area. Everyone’s situation is different and getting advice that is tailored to your unique situation can ensure that your affairs are as efficient as possible. We offer a free initial consultation, so if you would like to speak to Ruth Corkin, please get in touch with her directly or call 0330 024 3200 or email hi@hhllp.co.uk. 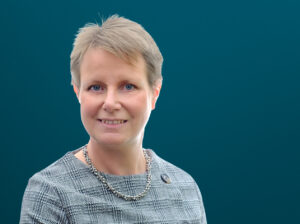